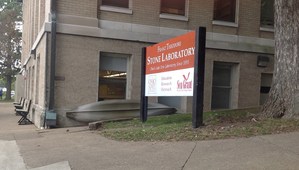 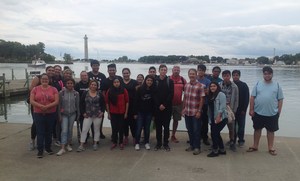 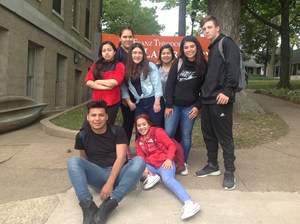 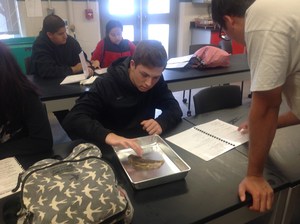 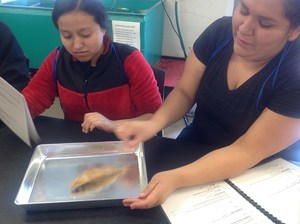 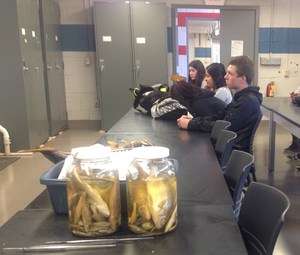 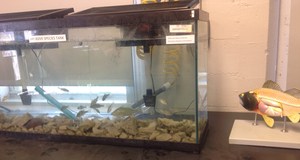 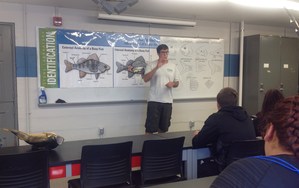 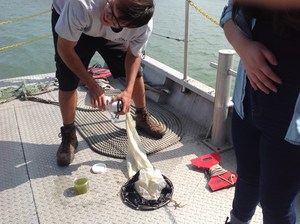 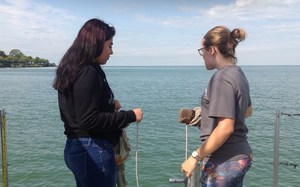 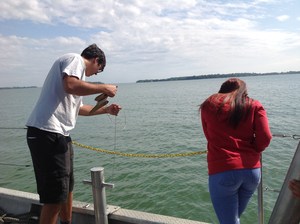 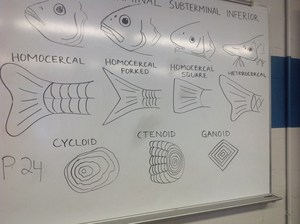 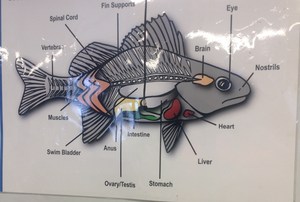 A series of bus and ferry rides took the group to Gibraltar Island-- the location of Stone Laboratory, OSU’s Lake Erie field research facility,  just off of South Bass Island. This fully-funded field trip was made possible due to an Andrews Foundation Grant received by teacher, Mr. Chris Green.

After a quick orientation, the group boarded research boats to participate in some hands on research and data collection. While out on Lake Erie students measured the temperature, depth, and turbidity (a measure of how well light penetrates through the water) of the lake. Samples of plankton were gathered for viewing later in the lab. Students used a bottom sampler to gather sediments from the bottom of the lake. Finally students were guided through the process of trawling-- using a net dragged behind the moving boat.

Some of the fish caught in the nets included walleye, yellow perch, white perch, trout perch, freshwater drum (sheephead), and the invasive round goby. The students learned how the round goby, originally from freshwater regions of the Black and Caspian Seas, has devastated the food webs of the Great Lakes. This bottom-dwelling predator will eat any fish small enough to fit in its mouth.

There were three afternoon sessions.

During one of the sessions the students observed and identified some of the plankton caught from the research boats. The topic of algae blooms and the formation of hypoxic “dead zones” on Lake Erie was discussed. Algae blooms also contribute to making water unsafe to drink, such as Toledo experienced in 2014. The students learned this is the result of  algae responding to increases in fertilizer runoff from farms.

Herpetology was the theme for the third session. The groups were given an overview of various types of reptiles and amphibians native to Ohio. They enjoyed a chance to see, touch, and hold various snakes, turtles, frogs, toads, and salamanders. Soon the students were slithering with fox, milk, garter, hognose, and Lake Erie water snakes.

At the end of their time at Stone Laboratory, the students hopped back on the ferry rather tired but excited about the experiences of the day. Mr. Green hopes to use these experiences throughout the year as launching points for other topics regarding how human activities are affecting our environment.

Mr. Green would like to thank his chaperones Ms. Janice Thompson, Mr. Marcus Ciraolo, Jeff Grabinski, and parent, Lucila Aboytes for making this an awesome day of life experiences for the students!